To make my point, “Each year more teens enter addiction treatment with a primary diagnosis of marijuana dependence than all other illegal drugs combined.” – National Council on Alcohol and Drug Dependence. COMBINED.

Marijuana was the third drug that broke my heart.   Cigarettes and alcohol didn’t prepare me for the pot find in Ted’s backpack.  My security threat level upped to yellow; gateway color to the eventual red.

Kids — and many adults for that matter — are very good at insisting that marijuana is harmless.  They’ve done their homework and they’ve fine-tuned their argument.  They have examples.  They have websites.  They ask us if we smoked pot.  They believe the comments under You Tube posts and argue that no state in it’s right mind would legalize a dangerous drug. Well, they got us on that one.

What I find fascinating in the debates is that people in recovery for drug addiction are not polled   Only the self-proclaimed experts who currently smoke marijuana weigh in. The young people I know in recovery say marijuana is a gateway drug. Some say they “smoked non-addictive marijuana every single day,” until it was not enough.

You decide for yourself.  Start with some readable research from Educating Voices on marijuana. 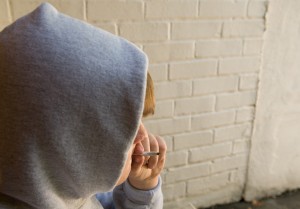 Contrary to common belief, marijuana is addictive. Estimates from research suggest that about 9 percent of users become addicted to marijuana; this number increases among those who start young (to about 17 percent, or 1 in 6) and among people who use marijuana daily (to 25-50 percent).

Long-term marijuana users trying to quit report withdrawal symptoms including irritability, sleeplessness, decreased appetite, anxiety, and drug craving, all of which can make it difficult to abstain. Behavioral interventions, including cognitive-behavioral therapy and motivational incentives (i.e., providing vouchers for goods or services to patients who remain abstinent) have proven to be effective in treating marijuana addiction. Although no medications are currently available, recent discoveries about the workings of the endocannabinoid system offer promise for the development of medications to ease withdrawal, block the intoxicating effects of marijuana, and prevent relapse.

How does marijuana affect a user’s life?

How do I talk to my teen about marijuana?

Self-education and this brochure are helpful.  Order or download the short booklet, Teens & Weed: Still a Big Deal; A Parent’s Guide to Talking with a Teenager about Marijuana published by Rosecrance.  NIDA puts out the booklet, Marijuana: Facts Parents Need to Know (revised) or read about it on that page.

For teens themselves, you can order the, Marijuana: facts for teens (revised) booklet by the National Institute on Drug Abuse, or they can log on themselves to NIDA for teens. If they don’t like the name of that agency, try AbovetheInfluence.com for younger teens.

Give me the facts about marijuana.

As I listed as a top pick On My Bookshelf, Reefer Sanity; Seven Great Myths about Marijuana is a short, informative read.  The forward is by former congressman, Patrick J. Kennedy.  Myth 1: Marijuana is harmless and nonaddictive.

On the high road

One in five teen drivers surveyed in a recent poll has admitted to driving under the influence of marijuana, according to a recent study by Liberty Mutual Insurance and Students Against Destructive Decisions (SADD). And many of these teenagers don’t seem to think driving while high is a big deal. Thirty-six percent of teens who have driven high say marijuana doesn’t distract them from driving, the report continues.

But marijuana does seem to affect drivers. Pot is the most common illegal drug found in drivers who die in car accidents, according to “Marijuana: Facts for Teens,” a booklet published in 2001 and most recently revised in March 2011 by the National Institute on Drug Abuse.

“Marijuana affects a number of skills required for safe driving—alertness, concentration, coordination, and reaction time—so it’s not safe to drive high or to ride with someone who’s been smoking [pot],” the NIDA booklet continues. High drivers have a hard time judging distances and reacting to signals and sounds, NIDA adds. — US News and World Report, March 7, 2012 by Laura McMullen.

“Marijuana products today are far stronger than in the past, which may explain why more people are overdosing or getting into car accidents, Volkow (director of the National Institute on Drug Abuse) says. The concentration of the main active ingredient in marijuana – tetrahydrocannabinol, or THC – has quadrupled (emphasis mine) since the 1980s, increasing to about 12% today, according to a June article by Volkow in The New England Journal of Medicine.

Some of the new, edible marijuana products – from cookies to chocolates – can be 10 times stronger than traditional joints.”  Read the rest of the USA Today article, Marijuana Poses More Risks than Many Realize  with more questions and answers about marijuana.

This is a whole other debate.  Consider a few things as an introduction; “Our two legal drugs are the biggest contributors to healthcare costs in this country…The costs of these drugs to society greatly overshadow any gains derived from their taxation…These costs — from healthcare expenditures due to alcohol and tobacco use, to lost productivity to accidents — are ten times greater than any tax revenue federal and state governments receive from the taxation of these two legalized drugs.” From a report prepared for the National Institute of Alcohol Abuse and Alcoholism.

“For every dollar in tax revenue we get from alcohol and tobacco sales, we lose ten dollars in social costs.” Kevin A. Sabet, Ph.D. Director of the Drug Policy Institute at the University of Florida.  Educating Voices, Inc. is an excellent resource to get up to speed on all things marijuana.

The American Medical Association has not approved medical marijuana. “The AMA’s 527-member House of Delegates decided during its interim meeting in National Harbor, Md., to retain the long-standing position that “cannabis is a dangerous drug and as such is a public health concern.” US News and World Report, Nov. 20, 2013.

The U.S. Food and Drug Administration has not approved medical marijuana. “The FDA has not approved marijuana as a safe and effective drug for any indication. The agency has, however, approved one drug containing a synthetic version of a substance that is present in the marijuana plant and one other drug containing a synthetic substance that acts similarly to compounds from marijuana but is not present in marijuana. Although the FDA has not approved any drug product containing or derived from botanical marijuana, the FDA is aware that there is considerable interest in its use to attempt to treat a number of medical conditions, including, for example, glaucoma, AIDS wasting syndrome, neuropathic pain, cancer, multiple sclerosis, chemotherapy-induced nausea, and certain seizure disorders.”  U.S. Department of Health and Human Services