There’s a lot going on these days, isn’t there? People want each other to behave the way they want them to behave. They are yelling on Facebook with exclamation points. I commented on a post, which I intended to be a benign, peace-keeping neutral call to non-partisanship on the opioid crisis. A woman responded, “ARE YOU SERIOUS?!!!!”  I simply replied, “Yes.”  As is said, You don’t have to attend every argument to which you’re invited. 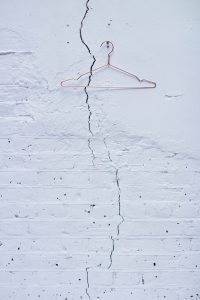 Editor’s note: I published this blog on November 16th, 2017. Texas had just flooded big time and then there was a distracting novel eclipse. Now we are flooded with Corona, controversies and conflicts (external and internal). It’s always something.  “An eclipse is an astronomical event. It is when one object in the sky moves into the shadow of another such object.”  What is your eclipse that is moving into the shadows of your life, distracting you from the darkness? I still love the words, “Just Keep Going” and the song by Wisherkeepers. I still smile at the Brennan Manning blessing. Here it is again and still.

Then there’s Texas under water. Bush and I put ourselves in their place and wondered how it feels to leave your home with what you can shove in your car, or stay put to watch your coffee table float and your photo books become little rafts. I started to complain about something today and then I thought of Texas.

In my quest for encouragement when man and nature seem out of control, I circle back to this thing: just keep going.  I gave that title to my book because motoring on, not giving up, not losing hope, taking action and doing the next right thing births opportunity for things to change, at best — for us to change. Think for a moment of how many true stories you know of people who considered ending their life, but… and now there’s beautiful. People who almost gave up and then… it happened.

A young man recently told me that if not for two very jarring, difficult circumstances, “my life would suck.” We learn through pain, he said. We don’t grow much in the context of ease and comfort. He trudged through the yuk and worked his way to even-better-than-before-land. Those past events were guideposts that something needed to change, and it did.

Consider the blessing often given by the late Brennan Manning, recovering alcoholic who lived his share of setbacks:

Machete’ through the hard stuff to a wide open place of never-let-you-down hope in a field of love. Keep going till you get there.

The cracks on the walls,
The lines in the floor,
The weight of the world
Is hard to ignore.

Patch it up with tape and string,
Will never give in.

Dust in the sky.
Storms at our feet.
Nobody knows
What lies underneath.

Through the push and pull,

Nobody knows what lies up ahead.