In the River of Denial

Everyone thinks they have good taste, are a good driver and have a good sense of humor. I actually do have the first and the last but I’m not in denial that I’m an eh driver. I have however been in denial about other things, trust me. So have you and other parents. Trust me on this too. 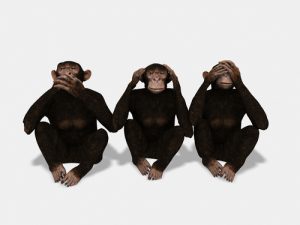 My children were raised in the most Jesus-filled environment we could muster. This, I assumed, would make them pure individuals by association and osmosis. In the teen years I was so busy watching one son go off the rails of those expectations, that I missed some things with the others. Most certainly I missed a lot of things with everyone. It happens.

With our middle son Ted almost eight years in recovery from alcohol and other drugs, I’ll just let you imagine how much denial I practiced in that situation. We thought the few times we found evidence of what society calls minor drugs, that those were a symptom of  a bad something else. Turns out those and more were actually the bad something else. It took Ted’s friend Courtney to tell me straight up that Ted had a very bad drug problem.

One of my best friends says that she had asked me point-blank, “Could Ted be doing drugs?” Apparently I said, no. Certainly he looked the part and other signs were there too. Some of the problem was that I didn’t know the year 2008 signs which have progressed quite a bit from the 1970’s. I do now. The other part of the problem was that I didn’t want those signs – not my child.

Ted said that we never gave up on him and always believed in him. That was the right part.  He continued, “I don’t know really what they did that was wrong because I believe things went as they needed to go.” (Gracious). “But if I could tell you one thing, it was that they could have practiced less denial.  They could only take in as much as they could handle, but if they really wanted to find out the extent of my drug use they could have searched my car or room. They could have found out. We drug addicts are highly skilled at hiding what we do, but eventually we get sloppy. They would have discovered some pretty significant things if they had really looked which might have curtailed my drug use before it got as bad as it did.”

At Parent Night Presentations with Your Choice to Live, Inc., we did a “Parent Toolbox where we used a teen’s backpack to illustrate items where kids hide drugs and drug use. In preparing for this, I asked Ted for some places and ways kids hide alcohol and other drugs. He sent me a three page, single-spaced typed email of ways and places, with the conclusion, “Mom, I could go on and on, but here’s a start.” Gulp.

Since then, Your Choice has put together a wonderful exhibit of a teen’s room, laden with mock drugs, hidden in places we parental units would never think to look. No one under 21 is allowed in the display, but you parents — go.  “Hidden in Plain Sight” has a permanent home in the Hartland, Wisconsin* Fire Department, 150 Lawn Street, Hartland, WI Ph: 262-367-6878. 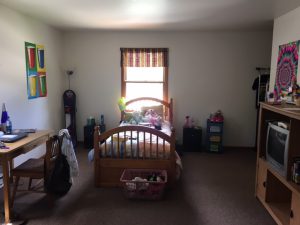 The display changes as the trends change and has been assembled by addicts in recovery who, well, know these things. It’s not entertainment but you will be surprised, in a bad way, of the clever ways kids devise to do what they do. But be surprised in a good way that you don’t have to read a single-spaced three page email about it later.

*Your local community might have something similar. I’ve seen them when Googled.