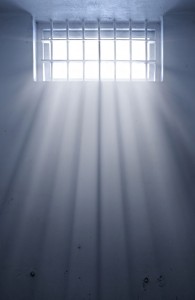 “My name is Angie, and I’m an alcoholic,” she said to a group on the recording I played in my car. “As I was talking to God this morning in my prayer and meditation time, I looked out the window at the beautiful bay and said to God, ‘I am amazed – still — after 19 years of sobriety, that I get to be used by You when all I did to deserve it was get drunk and basically screw up my life.”

I listened to Angie’s story of being the daughter of a Baptist minister and drinking her way through her former life, serving prison time repeatedly, bearing two illegitimate children, stealing her mother’s heirloom ring to buy liquor, waking up next to strangers and sleeping on a park bench for weeks at a time without a shower or a memory. Now she is addressing other recovering alcoholics for free as an act of service, telling her story because she was asked. Angie gets grace.

This morning I visited a friend of Ted’s. Ryan has lost both parents, is a 26 year-old alcoholic and yesterday was the third time he’s spent his birthday in jail. He’s adorable. I’ve known him since he was 12 when I drove Ted’s friends around in middle school. Ryan has a wit that bounced back off Ted’s and left me laughing as silently as I could while I chauffeured them to golf courses and movies. Today I talked on the phone to him through the glass at the jail and yep, he’s still got it – the making me geek-out thing. He is hoping to someday be an Angie when he’s released and takes action toward that goal. I am watching him change, one long day by one long day.

If you ever wonder if God can use people who have a colorful past, check out St. Augustine, John Newton, the apostle Paul and Angie. I’m pretty sure their shenanigans would top whatever you think is your worst – or your child’s worst.

If you then wonder what the cut-off number is for back-ups, let me know when you find out. I heard a youngish man tell his story from the lectern at an ornate church at a 12 step meeting. He started drinking and bad behavior at age 11. He went to variations of treatment 14 times. Now he is thrilled to be married, father well his three children and run a sober living house in Duluth, MN. Oh, and he tells his story so that those who have been to treatment 13 times might still have hope. 14 is a charm.

It’s a Wonderful Life but it’s a Lot.