Begging for Take Off

In my life, especially when Ted was in his addiction, I have begged God. If prayers were power, I could levitate a chair. But they aren’t my power, they are conversations with The Power. 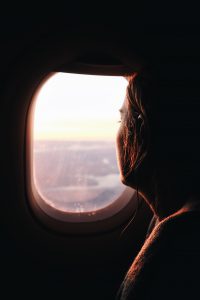 the prayer comes deep from my chest as tears drop from my eyes. I’ve seen God do huge miracles, some of them recent, and yet more of life happens and I want this other thing that is yet undone. Please.

It’s been said that prayer doesn’t accomplish the work, prayer is work. It’s the battle. But I have realized that the battle is not one of me trying to get God to do stuff. God doesn’t challenge me to an arm wrestle. Those are unfair odds. God = infinity, Sarah = 0. I can’t win. Which is fine because this is not about winning and losing. It’s about trusting and waiting.

Here’s a big revelation I tend to forget. God is for me. God is not against me.  He is on my side. Say this was about winning, we’d be teammates in the tug-of-war, (teammates in the sense that I’m the two-year-old the adoring parent pretends is helping.)  If I can wait long enough, it will work out and I will see that He had a good plan all along. I know because it’s my repeat experience. I just hate waiting. I never get used to waiting.

I flew home from Tampa the other day and overheard the flight attendants looking for an instructional prop to no avail.  They sent someone off to get it. We waited. On the runway last year our plane was in line to take off behind a cue of others. We waited. My husband came home late after fog delayed his take-off. He waited. There were reasons the pilots didn’t say, “What the heck, who cares about the safety equipment, the things that have to happen before we leave, or the dangerous conditions, let’s do this!” I don’t have to convince the pilot that we should be airborne. He knows that. He’s on my side. I can complain — it’s a free country — but that doesn’t find the equipment, lessen the line or dissolve the fog. It also doesn’t drive the pilot to declare, “That’s it. I’m sick of your whining. Now I’m never taking off.” We take off when the time is right. Or, we don’t take off and there’s a plan B. Yeah, more waiting.

Where did I get the idea that God is holding back for the sake of holding back? How did I come up with the notion that God needs to be convinced? Confession; I don’t fully get prayer. I am however, coming to terms with the fact that it’s not a competition, it’s a connection. God is already on my side. He always has been.

In the meantime, I know it’s okay to keep asking and I do. “You know, God. You know.” “Yes, Darling, I know.” I like to think God calls me Darling.