The Power of Siblings

One of my favorite photographs from the two zillion shots at our son’s recent wedding is our daughter-in-law linking arms with all her bridesmaids, running toward Lake Michigan. What I love about it is how the photographer behind them caught Sara and her sister turning their heads and looking joyously at each other. Everyone else is facing the water straight ahead.  When we’re having a moment, we look at our sister, at our brother. There’s something about a sibling. 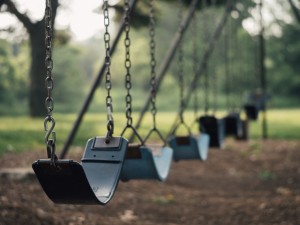 The times my mother was being the mom in our crazy mother-daughter complexities,  I found solace in my brother who understood the players. In her old age, my brother and I talked a lot and often visited her together. We could agonize next to each other or crack jokes that were necessary for mental health purposes. We were and are a team.

What I love about the organization Your Choice, is that along with Tyler Lybert on the stage talking about his descent into drugs and alcohol, is his sister Ashleigh who fell into that hole right along with him. She didn’t use drugs, but her pit was in grief, anger and confusion that she had lost her best friend brother to a foreign chaotic lifestyle. It shouted out rejection and felt like loneliness.

I think we parents way underestimate how our child’s addictive behavior affects our other children. Ted tells us that when our family wrote what were called “impact letters” to him about how his addiction had affected each of us, it was his older brother John’s words that brought Ted to tearful sobs. For years John had lost his best friend brother to a different world. Ted had virtually died to him and no one took his place. Ted talks about his addiction and family here.

For the love of brothers, Ted kept himself alive in those dark years. In recovery his best efforts go toward them. God did His part in putting them all in the same city five hours away and restoring the connection they had, including the fact that no one makes them laugh like each other.

This year I drove a freshly detoxed young man to meet his mom and continue on to treatment. “Tell me about your brother,” I said to him in the car. No response except a welling up and overflow of tears down this young man’s depleted and humiliated face. What tenderness there is in the power of siblings.

*Find southeastern counseling resources here.  You can find a counselor through an experienced contact or friend, or on the internet under your local social services, mental health, or family counseling. Don’t forget, Drug-free.org is a great place for parents.