When Ted got into treatment I was nothing but grateful for five years straight. It was as though my prayer life simplified by 1000.  “God,” I would say all the day long, “Two words — Thank You.” In a way I lied because I would often say the two words about 12 times in a row which would be 24 words. 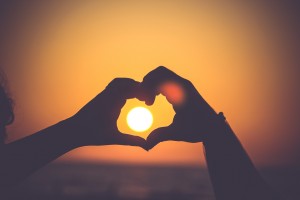 This made perfect sense because the gifts of Ted’s recovery kept coming. I saw him change far beyond not drinking or using. The recovery he worked was working in all areas of his life. We were honest with each other and talked things out. He walked with God which had been my deepest desire since he was conceived.

Sometimes I wondered if my thank You thing (“Sorry God, that’s all I got because I’m so thankful I can’t think of anything else”) got old with God. Then I imagined that if my child thanked me every day or several times a day, I probably wouldn’t insist they change it up. Of course I prayed for my other children because they and their lives are every inch as important as what happened with Ted, but my overall thankfulness blanketed them too.

The gifts of Ted’s change and my own continue to overwhelm me, but the novelty has waned some. I’m used to Ted’s new persona. I’m used to how recovery in general has changed and permeated our family. Never, never, never am I less astounded and impacted by all God has done and is doing, but I can think of more words to say than “Thank You.” Now I must practice intentional gratitude because I never, never, never want to take for granted that I am the most blessed person I know and have always been.

“Except when your son was in trouble, right?” No, even then God was pouring into my life things that He knew I needed. I heard the Nichole Nordeman song, Gratitude at a time when Ted was, let’s say, not doing well.  I wasn’t getting what I prayed for — that day — but I got other things. You’ll know what I mean when you listen to it. Maybe not, not today. Maybe You’ll provide in other ways. God provided in other ways.

So here are 8 ways to harness The power of Gratitude and Thanksgiving (no matter what) via Mel Lawrenz on Thanksgiving Day 2015. I wrote them down at the time like a gratitude glutton but cool beans that Mel did too. He had me at #1, “Thankfulness lessens our anxiety.”

Many people turn to a relationship with God because they need someone to thank. That happened to one of my friends. She thought God rejected her because her son was a tornado on drugs and, well, God must blame her for that, she thought. She learned it wasn’t her fault and that her son had a brain disease of mind, body and spirit called addiction. When he entered long-term recovery, she discovered God and that He was waiting for her. What a relief to get those Thank Yous out.