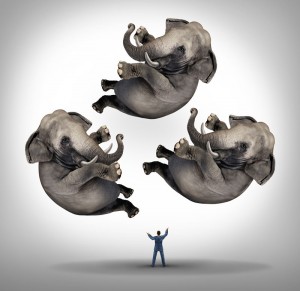 When our son Ted hit the bottom of his addiction to alcohol and other drugs, my mother took her own plunge into issues of the elderly.  Refusing to let go of her condo, she got stuck in her bathtub one evening-to-morning and the question was called.  Off to assisted living, leaving behind a home of hoarding.  Five days later she had a stroke.  Weeks later she needed to be moved to a place with more care, resulting in Project Dismantle Living Quarters 2.0.  In the meantime she lost her dentures twice, had myriads of long — no, we’re talking LONG – dentist, doctor and hospital visits. I had to make medical decisions way beyond my skill set. Routinely she collapsed to the floor in the unstable antique bed she insisted come with her.

Yeah, life happens.  Parents age and decline, kids enter troubled waters, we make decisions with consequences, the financial market fluctuates – but seriously, all at once?

Ted was inpatient at a drug and alcohol treatment facility, we foolishly sublet his college apartment to the renter from hell, and it was now October of 2008. The stock market decided to not-so-timely tank.  Oh well, but we had some pretty hefty treatment bills that insurance denied.  Bush’s clients pulled back and our savings shrunk.  It was the worst of times and sorry Dickens, it was not the best of times.  On the way out of Mom’s assisted living home I turned to our son Peter and said, “It’s official.  I’m going to implode.”

More than I can handle – that’s where I live.  If I could juggle elephants, read other people’s minds and heal my own, where would God come in?  Life in its most mundane state is too much for me. Add people, places and things, and I need Thee every hour.  Author Mark Batterson says that when we ask God to bless us, life gets complicated.

The fall of 2008 was complicated, but speaking of being blessed, was it really not the best of times?  After ten years of trouble, Ted got help and surrendered his addiction.  My mother was finally out of her condo and being cared for.  The renter thing diffused and as Bush said, “The worst that can happen is he’ll sue us and take all our money – we’ll survive. So some people are mad at us. We made a mistake in the throes of an emotional time and we’re trying to make it right.”  The financial world was tumbling when we needed cash, but we found the money. God actually found the money and we paid for our son’s treatment.  Most people can’t.

My mother used to say, “Everything will work out in the end.  If it hasn’t worked out, it isn’t the end.”  Today is God’s job. It has to be.  I can’t handle it.