Ted and I went to New York again last spring because it’s our happy place. My husband  would rather light his hair on fire than go to New York on purpose. “You two go and have fun!” he chirps.  Walking down 5th Avenue one night I made Te 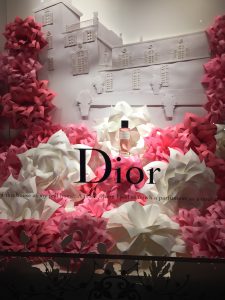 d stop at the street level Saks windows. Each of the ten sections represented a fragrance line with a different floral theme, all made out of a hard paper. I lingered in astonishment as long as a mom could.
“How does this HAPPEN?” I exclaim to Ted. “How do people think of these things and then do this? The creativity of human beings is jarringly beautiful.”

New York City is awash in human creativity from the Brooklyn Bridge to Williamsburg wall graffiti to our play’s set decoration to the funky outfit combos darling New York girls throw together. When I see creativity like that, it make 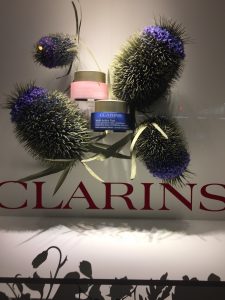 s me think of God, and recovery.

One of my favorite metaphors is that God is weaving an intricate, complicated and stunning tapestry of our lives. We see it from the back, all twisted and knotted, with unraveled thread ends and mismatched colors gnarled in chaos.  It’s an unsettling mess – or so it seems. Ah, but the other side is a  masterpiece; orderly, intricate, detailed and original. It’s jarringly beautiful.

One spring break Ted was in the middle of his addiction tenure when our family and another, decided we wanted to go somewhere where we’d be useful (need I qualify that only the parents decided this?) After a search, we ended up repairing houses in West Virginia with an organization called SWAP; Serving with Appalachian People. That was not their volunteer season but it so happened that one private high school from another state brought down a bus full of students and thus we met and loved a teen named Courtney. We kept up with Courtney and a few years forward she transferred colleges to Milwaukee. She and Ted were good friends and eventually, Courtney decided that she needed to tell me that Ted had a very bad problem with alcohol and other drugs. 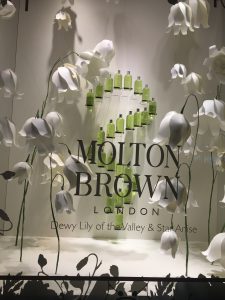 That same night she drove an hour to talk to her friend Ted about treatment, which she understood through family alcoholism. I went the next day, not knowing she had, to ask if Ted was ready to to get help. He got his backpack, and two days later is his 8.5-year sobriety date.

The creativity of God: Drag your complaining kids to MacDowell County, West Virginia for a never-done, non-vacation spring break with a never-heard-of organization.  Meet a girl from Indiana, stay friends for three years until she transfers here. She sees Ted’s descent, cares with courage to tell his mom-me and seizes the moment to talk treatment. Ted enters long-term recovery. You can’t make this stuff up — unless you’re God of course. It’s jarringly beautiful.

The other night I drove home from a meeting,  looked left, saw this and pulled over. “This is who’s in charge,” I said out loud. He’s jarringly beautiful. 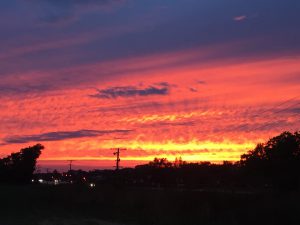