“In college we call it binge drinking.  After graduation it’s called alcoholism.”  So says a friend in recovery who works with college-age recovering alcoholics. Does everyone who drinks in high school and college become an alcoholic?  Of course not.  But CASA (The National Center on Addiction and Substance Abuse at Columbia University) reports that “Half of college students binge drink and/or use other drugs and almost a quarter meet medical criteria for alcohol or drug addiction.” 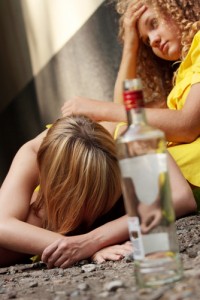 They add, “If a teen is drinking, the odds are that that teen is getting drunk — and teens who get drunk are much likelier to try marijuana and hang out with friends who are misusing prescription drugs or using illegal drugs.”

From the state that leads the nation — in a bad way. Here’s our culture in Wisconsin.

Wisconsin has the distinct honor of being the only state where parents can take their children in a bar and let them drink themselves silly.  According to the Milwaukee Journal Sentinel’s award-winning series, “Wasted in Wisconsin,” we hold other top positions:

Percentage of drinkers in the population – No. 1.

Driving under the influence – No. 1.

I like stats.  Here are important ones. Children and teens that begin drinking before age 15 are four times likelier to become alcohol addicted than those who do not drink before age 21. A child who reaches age 21 without smoking, drinking or using other drugs is virtually certain never to do so. — CASA

The most at-risk children to take their first drink of alcohol without their parents — 4th graders.

For a short commentary about alcohol, here is an edited interview with Kevin T. Strang, PhD, a fellow for the Wisconsin Initiative for Science Literacy in the Department of Physiology at the University of Wisconsin School of Medicine and Public Health. The entire interview is a fascinating listen on how ingested alcohol affects humans, which of course, includes our kids.