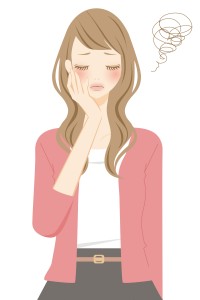 “In fact,” this article you should read continues, “in 2001, the National Center on Addiction and Substance Abuse at Columbia University concluded that parents were the most important influence on a child’s decision to smoke, drink, or use drugs.” Ouch.               When our first son John was mobile and the doing of  life on two legs with him began, I remember vowing that I was going to give my children the best childhood — ever. They only had one and I wanted it to be killer. We would explore animal life, build forts, and picnic with friends in all kinds of parks with tire swings and jungle gyms.  We would read books, ride bikes, host wild backyard neighborhood Bible clubs and spend March in Florida with the world’s funnest Granny. It wasn’t about extravagances — we didn’t have them. It was about wonder.

I would go to every single teacher conference, teach three boys to write prompt and delightful thank-you notes and to do things for other people.  I would model serving at church and how to pray to a loving God. They would not be brats but understand that though they are valuable, it’s not all about them. They had a dad that no 21 year-old bride could imagine would be this good.  Still.

After taking part last year in a summit on the Heroin crisis in our community, I stood in the lobby chatting with two moms from our neighborhood.  They told me the parameters they have on their kids and the parental controls they enforce.  I know their kids — they’re normal, polite and thriving, so we can’t say these moms were controlling nutjobs.  They were what I like to call uber-parents.

“How can moms and dads not KNOW to do these things?” they exclaimed.  Awkward silence on my end.  “I didn’t do them,” was my eventual reply.  I didn’t go downstairs during the middle school parties in our basement.  I didn’t check their cell phones.  I didn’t say no to things I should have. I didn’t search the car. I knew our son’s friends and their parents, and I knew it wasn’t a good group (even though I liked the parents). Yeah, I worried and watched the dark clouds roll in but didn’t do a lot that I should have.  Then I enabled and denied and sometimes looked the other way. This is the part where I want to make excuses.

In a training session with Your Choice,  I heard that no matter the uber-ness of the parents, ten percent of kids will choose to do drugs.  No matter the environment, even living in a crack house with two high parents, ten percent of kids will choose not to do drugs.  Then there’s the eighty percent — they could go either way.  Those are the students we work hard to prevent experimentation, delay first use, redirect, and abort early risk-taking.  I don’t know if my son lies in the ten percent no matter what, or the eighty percent who are vulnerable and make it to addiction. God reserves the right to withold information for many good reasons.

But then there’s reality

Talking to those moms in the hallway of the community center made me accept reality.  In “Rate My Parents” I took it up a notch from my permissive parents but was a far cry from uber. During an addiction seminar we did together, Ted was asked what his parents did wrong and what they did right.  “They could have enabled less,” (can we understate a tad more?) “But they never gave up on me.” That was the right part.

Ted says that he has no regrets about his past. It lead him to who he is today and confronted him with a life-saving relationship with God that he never knew. Should I then easy-access my regrets in a shadow box on the wall? If Ted can believe that it went the way it needed to go for the good that exists now, I can too. Remind me of that when I read those articles you should read.