If We Only Knew

I’m in the locker room at the gym today with a flatscreen tv behind me while I get ready. Nick Vujicic is a guest on the Dr. Oz show. Maybe you’ve seen him. Nick was born with no arms or legs and speaks with infectious joy.  They show a picture of him on a skateboard as a boy. He is lying on it, stomach down, head up at the camera and having a blast. I couldn’t hear the whole interview but when I drew close, he said, “Never give up. You don’t know what’s around the corner.”  Behind him was a  photo with his beautiful wife and little boy. 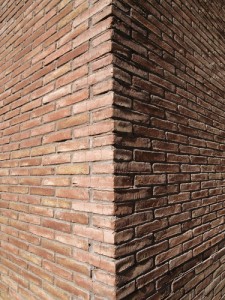 My friend Sarah likes to say that God sees around corners. I think of Tyler Lybert, now over six years in recovery, sitting on the floor of a drug house in 2008 thinking, “What’s the point anymore?”  At that moment his phone rings and it’s his mom.  Two days later he’s in treatment. Six years later he’s speaking to 19,047 students and 5220 parents this year about the real life consequences of using alcohol and other drugs. Only God sees around corners.  Ted barely graduates high school and flunks out of college twice abusing substances. No job, no school, no friends, no money and using drugs and alcohol 22 hours out of every day. His friend Courtney decides it’s time to drive to where he is and talk to him about getting help.  Two days later he’s in treatment and two years later in recovery he graduates college with high Latin honors and a scholarship for academics, leadership and character. God sees around corners.

When my mother was in a nursing home I liked to take her on field trips. We hired a wheelchair van service to take us to movies and parks. One of the drivers — they all became my BFFs — told me that before this job he had been let go somewhere else. He was devastated and panicked. Then he sensed God reassuring him, “Ron, I’m already in your future. I’m sitting here waiting for you and it’s okay, in fact, you’re gonna love it.” Ron got a job driving a van, taking disabled and elderly people where they need or want to go.  And yes, he loves it — that’s obvious.

Many of us have thought or are thinking now, that this present dark hour is the way it’s always going to be. Sure, God can help us cope, lift our spirits now and then or maybe inch our child along to a place where he or she is functional and not in jail. God can do that much.  That’s not Ron’s God, or Tyler’s or Ted’s. The God who helps you now is the same God around the corner waiting in your future, is the same God who exhaled a moon, the stars and the ocean. The God around the corner could have told you the adulterous woman would not be stoned, the prostitute would start over after the day she met a carpenter. Then there’s Nick, Tyler and Ted. Who knew?