Fun Within the Legal Limit

In February I attended a conference for young people in recovery. I have some, hmmm, what’s another word for overused “amazing”… marvelous images in my head that I’d like to put on a greeting card with the message, “Wish you were here.” 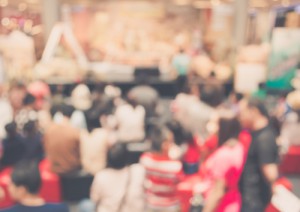 When you opened up my card you would hear a recording play out like you do in those greeting cards that embarrass you but this would not embarrass you. You’d laugh, cry and shake your head at the unbridled fun of 800 sober 20-somethings having a blast being fully themselves. There are favorite things in life that you just can’t describe well enough. You had to be there.

Drug addiction and alcoholism is dark, scary and often violent. Bad things happen by ill people and those who love them get hit by the shrapnel.  If it’s not violent it’s still soul-sucking. There’s a unanimous vote that yep, everyone’s heart is broken. Enter recovery — the galloping-in white horse, the successful Hail Mary pass, a lifeline the Navy Seals throw when you’ve almost lost hope at the mercy of head-smacking ocean waves, or you actually have lost hope.

After two college flunk-outs I downsized the expectation that Ted would finish college. I had dreamed that some of the best times of his life would be in college; the thrill of discovering one’s creative self, an intellectual friendship with a professor or two who thinks you have great potential, of harmless silliness with friends that bears repeating because others never fail to laugh hard at that story — and it is a good one.

Bush, our older son and I had all that and I wanted it for Ted.  Like other iconic things of youth that I watched him avoid, miss or destroy, I thought the college experience would go on that pile. But then when Ted was months into recovery at a half-way house, Bush and I visited the college recovery program on the campus of Augsburg College in Minneapolis.  After our meeting and tour with the StepUP staff  we got in the car to head home. I sat in the passenger seat, downed my head and dropped tears on the floor mat. “It might actually happen,” I breathed out to Bush.  “He might have the college experience after all.”

That August Ted and I went to his 2009 orientation at Augsburg’s StepUP. A panel of eloquent students sat on chairs at the front of the room where a mom whose daughter was new asked them, “What do you do to have fun?” “Everything other college students do but we do it without alcohol,” he said sort of laughing. And so it was. Fun happened  for Ted within genuine relationships that made great memories. (Another sobriety upside — memories). Professors acknowledged his potential and he found his real self.

The gifts of recovery are like a box of chocolates, you never know what you’re gonna get — but you know it will be sweet. Seven and a half years later I’m at a Minnesota conference of young people in recovery where Ted had been asked to share and I told my story. Then the Saturday night celebration of sobriety where the DJ played loudly during dancing, high-five-ing and hugs a-plenty. I wish you had been there.

For more information on collegiate recovery programs, go to my webpage: http://www.justkeepgoingparents.com/resources/after-treatment/ or Google Collegiate Recovery