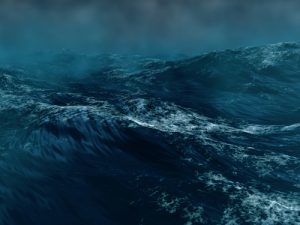 I’ve taken some classes in the past two years. If my family is reading this they are rolling their eyes because I refer to something in those classes about every 2.7 minutes. In the most recent course Professor Dan Green explained that when we are fearful we often try to control because controlling (or the illusion of it) soothes our inner self. Our insides are chaotic so we try to control the outside.

In addition to people, places and things, I have tried to control God. When things were chaotic and I couldn’t fix them, I tried that disciple-in-the-boat-in-a-storm thing and woke up who seemed to me like a sleeping God. “Can’t you see I’m dying here? Do whatever You do in Your God way to change this. I’m freaking out and You’re chilling out.” What I love about this scenario is, 1. That Jesus is sleeping. Apparently He didn’t feel the need to panic. 2. That the disciples went to Him (not a lot of other options, but still) and 3. That Jesus calmed the wind and the waves. Okay one more, 4. That the disciples were astounded that He calmed the wind and the waves. (What else did they expect Him to do, I wonder? Doesn’t say, but if they were like I am, they had ideas.)

Yes, He told them that they weren’t utilizing all the faith in their tank, but nevertheless, He did it.

In contrast we have the Pharisees, who are unhappy that Jesus raised Lazarus from the dead. It was stirring things up and Jesus was getting way too much attention for their taste. Someone of them came up with the genius idea that they could kill Lazarus to settle things down. Really? How’s Lazarus dying the first time and then brought back to life been working for you? Eventually they killed Jesus Himself and despite their efforts to control a situation, the Jesus Effect in Israel was not exactly curtailed. The difference is all in the knowing who’s really in control.

Fear can = control. For a very long time I lived in a place where I could not be happy if you weren’t happy, so I did what I could to make you happy. That’s a form of control. I compromised my own dignity to calm that storm in others so I could calm the storm in me. It was exhausting and it didn’t work well. Internal chaos escalated.

I’ve learned, no let me rephrase, I’m learning, that maybe the storm needs to happen. I’m learning that instead of taking charge of the storm, it might not be mine to calm. I can, however, as Fred Holmquist offers: exercise self restraint, have compassion, and don’t make it worse. If I caused harm, I can make amends and change my behavior, but I can’t change yours.

con·trol
noun
1.  the power to influence or direct people’s behavior or the course of events.

1.  the state of being calm, peaceful, and untroubled.