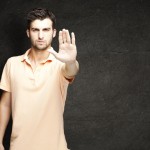 When I traveled the hour to meet him at the coffeeshop I didn’t know why he seldom left his basement apartment, so depressed. I felt sick when he asked me to buy him another sandwich for later.  I hated not giving him money.  He looked pale and was silent. Be all done.

I read that Jesus held out His strong arm out and told the life-endangering storm, “Be still,” and it was.  He said to the long-dwelling demons who plagued a man’s son, “Come out,” and they did.  For 12 years a woman bled with no cure until one afternoon she made her way to the Man of Hope.  Her touch prompted the bleeding’s end and she left well. Today could be the day.

In the book of Job, appropriately enough, God chooses that day.  Remember Job?  His life was as sucky as it gets and although he tries nobly to be patient, he’s had enough. God reminds Job that God Himself calls the shots. In a litany of “Only God can do these things and you’re not God,”  to Job, God says of the sea, “And I (God) said, ‘Thus far you shall come, but no farther; And here your proud waves will stop.’” That’s Who draws the line in the sand.

My friend Cindy likes that image.  We used it a lot in the waiting room last spring when her 27 year-old athletic doctor son was intubated while hanging on to life in severe mononucleosis.  Go this far, mono, and go no further.  We had used it before when my son was hanging on to life in drug addiction.

The mono stopped, the drug-using stopped, the bleeding, the storm and the demons ended. Make it be all done please, Man of Hope.